Raymond was born in Philadelphia, Pennsylvania, and grew up there living a normal, healthy life.  His only claim to fame (such as it is) as a teenager was, as a guitar player in a rock band, who were selected to perform at a local radio station’s bikini contest beach party.  They weren’t paid, but it was fun.

Raymond graduated from Drexel University in Philadelphia with a bachelor’s degree in accounting. While attending college he was a student employee of the Internal Revenue Service in the Internal Auditing Division evaluating IRS operational effectiveness and efficiency. To put it in a nutshell, he audited the IRS. After graduating college he continued working for the IRS full time, with all of his service time there totaling 11 years (5 years in Philadelphia and 6 years in the National Office in Washington, D.C.).

After his IRS tour, Raymond  transferred to the United States Air Force in Dayton, Ohio, and worked 24 years for the Air Force as an internal auditor, once again evaluating organizational effectiveness and efficiency, this time reviewing Air Force logistics operations. During these years he earned a master’s degree in administration from Central Michigan University. Projects he  managed or supervised for the Air Force garnered approximately $2 billion in savings for the American taxpayer.

This exercise is Raymond’s first attempt at writing a book, and was inspired to do so by surviving the life-threatening condition into which his health had seriously deteriorated. Raymond believes that others finding themselves in a similar situation may find his story of courageous, to say the least, beneficial to their coping with their situations.

He is married with two sons, one daughter, and one grandson.   What a lucky man to be able to tell the tale in the Wake of his ordeal.

How do you cope with a chronic disease that may kill you before you’re time? You’re in the hospital with minutes to hours to live… Your heart is in such terrible condition there is no medicine, machine, or procedure that can save you other than a heart transplant. These were conditions that awaited Raymond one faithful day!

Raymond feels, his story may serve as a kind of ‘wake-up’ call, and motivator to others who may have experienced already a similar fate, or may have been served a prognosis as to the state of their health which warrants seeking such a cure and remedy or alternatively facing another outcome, that of dying and losing one’s life prematurely.
Yet, there the Author was – finding himself well and truly stricken with cardiac sarcoidosis that would not respond effectively to a vast array of medicines, eventually being added to the heart transplant candidate list and hoping in the race against time that an acceptable organ would become available before time ran out for him.

Thanks to the advancement of medical science research, and the amazing progress that has been made in all areas of human organ health over the last decades, the medical treatment which was suggested to Raymond was extreme but a necessity buy with an 80% survival rate to being healthy once again. Raymond describes how he coped with this daunting medical prognosis at the time, his choices made, and then facing a long and arduous but hopeful 100% recuperation back to health, which lasted another 6 year long years of careful monitoring, careful diet and exercise, and not least adopting a positive mindset.

Any persons finding themselves facing a similar dilemma, might find comfort in having a read of Raymond Van Horn, Jr.’s  brave and daunting journey; however granted, not having much to choose from between death or facing death – he faced his ordeal with courage and hope.  Raymond’s journey related in this book, may be able to infuse a renewed ray of hope and encouragement to others afraid to venture under the knife; and face their devils head on with confidence.

Raymond’s homecoming was sweet and memorable! 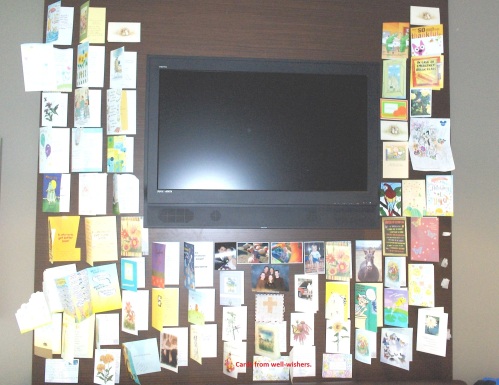