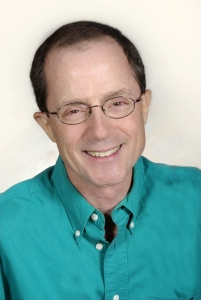 We are proud to add Patrick Towne, I can only describe more aptly as a “Mr. Diversity of great achievements”, to our Author pages.  There is absolutely nothing more I could possibly add to what is already being posted here about our Client, except to say, we shall endeavor to do our utmost to help fulfill some of Patrick’s aspirations where his creative artistry is concerned and do him justice.

Patrick Towne lives and works in Fairfield, Iowa, southeast Iowa’s “Silicorn Valley,” a high-tech haven with an active performing arts culture. He’s a writer, editor, actor and screenwriter who integrates his experience in business, leading-edge technologies and acting into screenplays for film and TV. His most recent project is “Padre’s Cure,” winner of the 2018 Iowa Motion Picture Association (IMPA) Award of Achievement for Best Screenplay (Unproduced).

Patrick’s other scriptwriting credits include “Love at Work,” a feature-length film script about a young woman whose unexpected pregnancy spurs her to become a successful businesswoman and turn the tables on a fickle boyfriend and a ruthless female competitor; “Goth King,” a historical epic about Alaric of Balthi, the Roman mercenary who became a Goth king and whose defeat of Rome in 410 A.D. signaled the fall of the Roman Empire; “Wild Woman Saint,” a screenplay about the life and times of St. Catherine of Siena; “Wilderness Spirit,” the story of legendary 19th Century wilderness lover and environmental advocate John Muir; and “The Trouble With Oliver,” a romantic comedy set in San Francisco in the early 1970s.

Patrick’s business and technical writing experience includes documentation of one of the first travel agency computer systems to interface with major airline reservation networks.  He has also documented computer systems that managed and reported on: commodity flow and delivery for the largest agricultural cooperative in the United States; circuit engineering and design for one of the largest telephone companies in the country; inventory control for a leading provider of business computer systems and networks; box office receipts, accounting and cash flow analysis for one of the largest cinema chains in the US; and corporate charitable contributions for a large pharmaceutical firm.  Patrick contributed to a best-selling “user-friendly” manual on the use of AmiPro, a word-processing and desktop publishing program.  He was also a contributor to the NeXt computer user’s guide for one of NeXt’s preferred word processing, desktop publishing and office management software packages.

We are very partial to the Supernatural, and who isnt?  It is the best form of escapism that has the ability to hoist us up and release us from our ‘earthly shackles, if only momentarily.   Right?   We believe this work would deliver well in the film industry.  I don’t want to give away too much of this treasure,  until we have caught the attention of some of our beloved colleagues in the film sectors, and so a simple log-line may need to suffice for now to give you a clue.  The plot is exciting, full of suspense, and loaded with humanitarianism and philanthropic courage where Providence is on their side, and ultimately lets the ‘good guys’ win, in their getting even with greedy corporates for once.

Two of Patrick latest Screenplays looking for a home with a keen Film Studio are:

Based on a story by Patrick Towne and Randal K. West

A strong-willed young Italian chemist and two of her friends stumble upon a deceased holy man’s simple, all-natural cure for AIDS and cancer, resolve to bring it to the world without profit to themselves or anyone else, and outwit a pharmaceutical company’s grasping CEO and his hit men to make it available to those who need it most.

“BLACKBERRIES IN THE DREAM HOUSE”

Again, more elements of the supernatural in the mix… Should be a wonderful eye catching materialization of the exotic on the silver screen, where West meets with Eastern culture, and philosophy.  However, whether Western or Eastern customs, love knows no bounds where the rapturous highs and ecstasies, as well as the painful lows experienced and intertwined within any romantic bond between a man and a woman, is destined to deliver the same severity of happiness or pangs of distress in all cultures, when events turn an unexpected corner.

Recovering from the loss of her first true love, a young geisha in 1850s Kyoto meets a youthful Buddhist monk who has never known a woman’s touch. Tenuous and then passionate lovemaking becomes their gateway to a deeply spiritual union. Their love affair cut short by an earthquake, the two inseparable lovers return in the present day and find each other once again.