Our Client, and Author Steve Carter 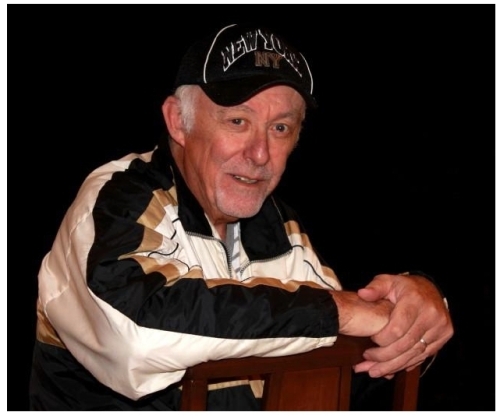 ARTISTIC PROFILE: for Stephen A. Carter:

After touring the Southern states twice coupled with nine years of research and editing, Canadian author Stephen A. Carter has recently published the first of a series of four historical-fiction action/adventure novels. Book One entitled VORTEX is set in the turbulent period before the U.S. Civil War. It is the first of four contiguous novels set between 1854 and 1884. Although there are many themes, the primary emphasis deals with African-Americans and their involvement in the Civil War before, during and after the ‘great schism’.
He has also published a high school primer of 100 short poems, pictures and 200 word intros on Americana entitled AMERICANS R US. Unpublished works include two books of poetry and four stage plays. In 1985 he illustrated the world’ best selling fly-fishing book entitled ‘THE GILLY’. He began his writing career by writing travel articles for a local magazine. His website is OBAAT.CA

The son of British-Welsh immigrants, the author was born in 1946 in Vancouver, BC. Thereafter he graduated from the University of BC in 1968 with minors in English and Psychology and majors in History and Geography. For twenty-one years he taught high school social studies before touring Canada as a pen & ink artist. A stage 4 cancer survivor, he currently lives in Port Coquitlam, a Vancouver suburb. He plays senior slo-pitch softball, writes/edits five hours a day, walks his dog Tango, and spends quality time with his wife Daphne.

“VORTEX”,  Book 1 is the first edition of an explosive series of 4 Books planned by the Author, soon coming to your book store and we’re aiming to see all these works in film. We here, are all eagerly looking forward to having a read of the Author’ journeys covered in his books, about to reveal their highly significant contents as the Author revisits our significant past, and heart-rending  history of  the  appalling mistreatment of a gracious peoples ever to roam God’s earth.

The novels will provide a keen eye-opener and window into the events that will touch the hearts of many.  It may serve also as a catalyst in awakening the more unsavory and unpleasant memories of those whose grandparents, and great grandparents experienced the atrocities dealt them, and being denied their right to freedom.

Our deeds shall forever remain a blemish which can never be erased from the pages of our historical archives, nor from our ugly past where social conscience matters pertaining to human decency are concerned, and the cold hard facts and revelations of our recorded historical data set against the tapestry of our tempestuous American history, but also that of every nation on earth, where ‘Slavery’ and slave trading was employed and exploited so precariously.  Not only as a profitable commodity of commerce and trade, but how it was utilized as an evil form of decadence and self indulgence by despotic owners of  indigenous African peoples, sold to them as slaves. In this instance of exchange, both the buyers and the sellers stood equally guilty, but nevertheless despite the distant events of our past, have passed that legacy on to those descendants still living today, that will have to live with their questionable family histories.

The only reparation acceptable can primarily solely be achieved by changing our social and racial attitudes which continues to linger  and hover like a dark menacing shadow over Nations, and conduct a thorough searching of our hearts, and our consciences.  We are keen to represent these works to the film sectors, and are of the opinion that there can’t ever be sufficient reminders of the extraordinary debauched abuse, torture and unacceptable degradation that was perpetrated against sacristy itself; and that of every individual’s basic human civil rights – but more importantly, our God-given right to ‘free will’.

“Vortex” Book I,  contains the basic premise (in that it deals with the struggle of black Americans trying to gain their civil rights denied them by slavery in the South and the Fugitive Act of 1850 in the North.)
Boston, long before the Civil War began, was the nexus of a social/political struggle against slavery in the USA. For example, ‘Uncle Tom’s Cabin’ by Harriet Beecher Stowe was published there in 1852. After the famous ‘Tea Party’ of 1773 and the Irish immigrations of 1849, it is not surprising that Bostonians of all social stripes were considered anti-establishment. However because of the fractions, an insidious social divide between black and whites living there became apparent.

Shortly before the Civil War, Boston’s black population became socially estranged from the city’s white mainstream. This divide becomes quite evident when the book’s white hero marries a black undertakers daughter, the beautiful Virginia Rowland. Their consequent struggle mirrors the social and racist hypocrisy of pre-civil war Boston not only in the white community but in the black (as portrayed by Rev. Benson and his white counterpart Minister Norland.)
Therefore, in Book one, ‘VORTEX, the conflict over the issue of basic human tights evolves from the visceral (the throwing of slaves overboard) through the subtleties of social hypocrisy. Eventually civil war erupts between two ideologies so diametrically opposed they are willing to die to preserve them.
Carried along on a tidal wave of hate and destruction are the sub-characters…Alan Pinkerton, Lincoln, Marcus, Belle and Virginia. Much like the desperate slaves aboard the slave ship, the Wanderer, they careen helplessly towards the abyss of civil war. Yet, behind the scenes as chaos explodes around them, these characters plot and counter-plot, their actions leading up to an unforgettable conclusion.

Two main characters form the moral pillars of two diametrically opposed societies, namely John Saxton (an enlightened heir to a shipping fortune) and Marcus Brown (Matari), a former slave/sailor and Maasai warrior (Moran) who amongst other black epitomizes the black dilemma in America.
White trying to retain his Maasai moral compass, Marcus is forced to obey the rules of a socially bigoted white majority in order to survive. This ethical miasma results in a conflict not only between him and those he loves but also between the forces of evil as portrayed by the villainous Horatio Garrow and his hapless confederate Harley Blackstone. Because Saxton and Marcus’s morals remain unsullied, their purity of character only serves to make the antagonists appear more evil and depraved.

Comments Off on Our Client, and Author Steve Carter