A Great and Exciting Trilogy, Destined for the Film Sectors Titled “The Charles Langham Series”. 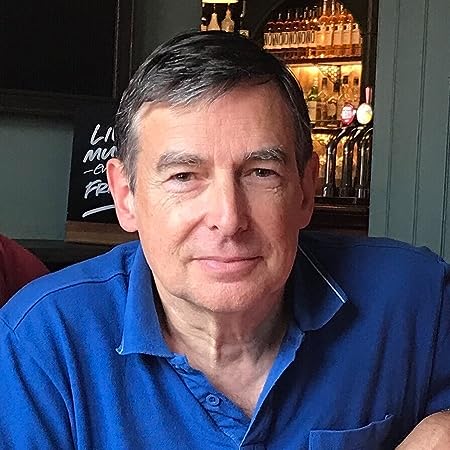 What can I say about our Author, other than what a privilege it was for us to work with him.  Ever patient, considerate and always optimistic in the challenges we set before him, he never uttered one complaint or that anything was too fiddly or too much to bother with.  Gary and his lovely wife deserve the best in life that is on offer, and hopefully we can be instrumental in seeing Gary’s  books to films.  The subject matter on which the books in the Charles Langham series and stories are based embraces the concerns we are all much familiar with these days, and well handled by the author and his appealing style of writing makes for thrilling and exciting well moving stories which promises to provoke every discerning reader.   The topics the Author tries to bring to discerning readership are so much on our world agenda these days, and the urgent times in which we must live  on this delicate and diverse planet of ours.

Born in London, England to a New Zealand father and English mother, Gary thoroughly enjoyed weekends away on his father’s boat on the river Thames and South of France.  He moved out of London, preferring the peace and quiet and openness of the countryside.  Owning a border collie called Abigail ensured many long family walks no matter what the fickle English weather decided to do. Finding Elderflower trees started a love of winemaking and plums and Blackberries resulted in homemade jams.  A move north to Cumbria and the Lake District saw the family exploring the hills, lakes and coastal walks.  A move back south to Cheshire saw the west coast being explored.  A holiday to see the land where his father was born resulted in a move to New Zealand where favourite pastimes include wine making, gardening, propagating shrubs, growing vegetables and looking after two mischievous Dutch house rabbits.

Before becoming a full time author, Gary spent his professional career in supply chain management rising through the ranks of major international electronics companies. The profession saw him travelling extensively throughout Europe, Mexico, America and the Far East where he still has many good friend. Taking a U.K based roll gave him the time to see his children grow up and finally enjoy travelling for pleasure.

With the devastating diagnosis of Multiple Sclerosis, Gary took to writing as a way of keeping his mind active. All the books are based on an environmental and conservation theme, a subject close to his heart. The research required for each book broadens the mind and the books take on a life of their own. Writing and Multiple Sclerosis are a good match. When cognitive fatigue sets in, with writing, you can stop and rest but allow your imagination to carry on.

Presently, Gary is working on the screenplay adaptation of the first book in The Charles Langham Series – The Pacific Affair and planning the third book in the series – The Caribbean Affair.

Gary is married with 3 children and a grandson. Two moved to New Zealand and one remains in England.

About the latest in the Charles Langham Series Book II,  “THE ATLANTIC AFFAIR” on sale now at Amazon.com and all good bookstores on land and on line!

The Prime Minister holding sessions with senior ministers at his Chequers country residence, is advised of the explosion. He activates the Cobra room to commence the Disaster Emergency Response plan as more senior ministers and aides arrive.

On route from San Francisco to their Kermadec headquarters on board Sundancer flanked by their two submarines Mercury and Jupiter The Langham family and  Duke Warren ex-Senator and Presidential aide and Max, Charles’ right hand man enjoy the leisurely cruise. Marge on one of the Submarines calls to come aboard urgently and their surveillance head, Grant interrupts their barbeque with the BBC World New coverage of the London blast. Marge advises of radioactive water traces in the Atlantic. They divert to Hawaii to search the offices of Gustav Axmann’s alleged staff.

Gustav Axmann sits in the musty cabin of the freighter surrounded by SS and Nazi memorabilia drinking schnapps and taking painkillers, eagerly waiting for news on London whilst their journey to Matagorda Bay. On arrival at night they transfer their cargo and personnel to the isolated cottage and workshop Gustav had hired along with an eight metre boat moored at the private quay.

Max and Grant gain entry into the office known to be used by Axmann’s people and download data from two computers. The submarines head for the Atlantic to trace the origins of the radioactive water. With everyone back on Sundancer they head for the Kermadec Islands. Ryan, Duke, Max and Grant investigate the data they downloaded.

The Prime Minister holds court and hears updates from his Home Secretary on the projected number of dead, dying and injured. The Secretary of Defence updates on the estimated size of the weapon and deployment of troops and triage centres. A state of martial law in implemented and all ports and the Channel Tunnel closed. The Prime Minister calls President Johnson for help…

ABOUT BOOK I – in the Charles Langham Series – “THE PACIFIC AFFAIR”

https://www.youtube.com/watch?v=tOfVKDBSUEY
PURCHASE YOUR OWN AUDIO COPY HERE: https://www.audible.com.au/pd/Crime-Thrillers/The-Pacific-Affair-Audiobook/B0747XZYTN/ref=a_search_c4_1_1_srTtl?qid=1508005929&sr=1-1
“An easy listening rendition of this exciting adventure makes for a great leisurely experience.  You can sunbake on a beach chair with the ocean’s surf at your back,  or when you get ready for bed after a busy day.  Either way –  you can lie back and enjoy the pure uninterrupted but most of all effortless leisure time, and allow yourself to be whipped up by the emotions of this compelling story content.”

Charles Langham has Multiple Sclerosis, faces opposition,death threats and even hit squads, as the vested interests of political institutions and multinational organisations combine to stop Langham and his team righting the wrongs that we all wish we could fix.

Unbeknownst to Langham, a bigger challenge is looming from the worlds troubled past of the 1940’s. Following a presentation to the UN, he demands action from world leaders or he will take action. Now he will have to force their hand. Langham orders his wife’s evacuation from their Amazon reforestation project where she has been attacked.

The United States President takes offence at what he sees as Langham’s threat against his country and sends an aircraft carrier to track him down. After the disabling of the aircraft carrier, the President orders his private Presidential force, led by Thomas to assassinate Langham, who they believe to be aboard his Super Yacht.

A member of Langham’s team, uncovers underwater anomalies,locating two underwater mining rigs off the Californian coast that they link to the President’s closest aides who thought they were helping build the Presidents nuclear arsenal following unilateral disarmament, but unbeknownst to them they are being used by an ex-Nazi, Gustav Axmann, bent on the nuclear destruction of the United States and the rise of the Fourth Reich using money from drug cartel.

Very thought provoking, covering a lot of what we should be concerned about today in a very good story. T. Mathews

This is a book of fiction but the facts within it are true which makes it all the more concerning. The more research I did the more determined I was to ensure they were shared in the book. I am grateful for all the the help and assistance provided by my wife Davina.