Our Client, and Author Nathen Mazri

Nathen Mazri a.k.a Ayman El-Masri is a branding expert from Montreal,Canada. He is a multi-talented entrepreneur at heart founding his advertising agency at age 24 yrs old,  A3 Communications in Canada, Dubai and Saudi Arabia working with major Forbes Middle East 500 Companies. He also stands as the General Manager and board member of Superbrands Saudi Arabia honoring the best brands in the region. As appeared regularly on radio shows, Arab Ad magazine, and channel Global Canada, CNBC Arabia, Mr  Mazri discusses the importance of branding and media in today’s global cluttered digital economy.

However, Nathen went through a career transition as he has always been passionate about filmmaking enrolling in Montreal School of Performing Arts, Howard Fine Studios and UCB Comedy Theater in Los Angeles; determined to become a storyteller on the big screens. Nathen started writing, co-directing, producing and starring in 3 short films including “Ahmed and Howard” accepted at the International New York Film Festival.

Mr Mazri dreams to brand the Western-Arab culture in the entertainment field showcasing the talent of Arabs beyond what the media’s distorted image of the culture by building a bridge between Hollywood and Middle East. Nathen Mazri co-wrote a slate of 4 feature film projects with Arab storylines at a combined budget over $42 million by Mazri Pictures. Nathen Mazri is indeed a fast climbing producer accomplished in various fields reaching his fullest potential inspiring young men around the world. Moreover, Nathen was the guest of honor for Fashion Victims in Dubai presenting an award along with Nancy Ajram, Middle East superstar singer as appeared on Oprah at the Atlantis Hotel.

Nathen Mazri has been invited to be Knighted by the Prince of Montenegro – Prince Stephan Cernetic in June 2015 which is an honor to be the youngest knighted man in the world. Nathen Mazri understood the power of the digital era and mobile marketing producing the world first branding reality show, The Brand Guru, bringing the world of entertainment and engagement in one application generating not just viewers but active users around the world that impact a company valuation sponsored by Dubai Studio City and Dubai Film Commission.

He is a speaker in Dubai and will be one of the headline speakers at the prestigious World Trade Center in Dubai for Customer Loyalty Middle East event and The Big Show Entertainment in November 2015.

Nathen Mazri is a newly rising multi-talented young handsome gentleman who envisions to leave a mark in the world powered by a purpose via mobile vision (MV vs TV).

Who is Nathen Mazri, Author, and a guru of sorts, of many diverse and specialized aptitudes?

Nathen Mazri is a man of many diverse talents, and has made his debut not only as a promising Author, Actor and Producer of his own Mazri Pictures film productions company (http://www.mazripictures.com/), but has achieved ‘specialist extraordinaire’ status in the field of ‘branding’ and all its associated industries in which he is involved and supports with his specialist knowledge.  One might ask ‘what does branding entail, and where is this specialized field applied? 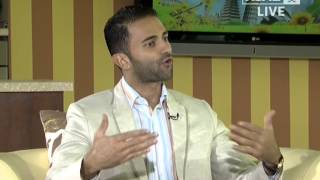 NATHEN MAZRI in his element 🙂

As one of the World’s Youngest Actualizer & Superbrands Jury | Speaker | Producer, it is clearly and potently transparent that this young man has achieved his phenomenal successes in all of those fields to the full extreme, purely generated by his very palpable and ‘driven’ nature from a very young age – and secret aspiration to become the ‘very best’ in all endeavors he has  undertaken and is about to pursue yet in life.

Always with an aim to only succeed and to never fail in achieving all he has set out to accomplish in his young life, Nathen Mazri remains ever vigilant and entirely devoted to a much higher, unearthly Hierarchy;  spawned from certain trials and tribulation experienced and overcome in his adolescent life whilst growing up.  His undeniable and obvious deep devotion to his work ethic, and a strong personal adherence to self discipline this ever remaining constant in his attitude has never failed him to to undertake any sized project and to explore and meet any new challenges as he has done over the ensuing years.   His achievements and growth in many diverse areas shall also stand to benefit him in all his ongoing future aspirations in the Film, and Entertainment Media fields.

By example, Nathan wants to  inspire other young men to achieve their fullest potential, where no challenge is too great, and where the word  ‘impossible’ does not exist in their vocabulary.  To give them the freedom to think for themselves, to become the individuals they truly are on the inside, and to become fully empowered to not just do ‘the talk’, but follow through by ‘doing’ what they preach.  Nathan believes that it is possible for all young men of similar background as Ahmed Al Omar is finding himself locked into,  to break free from all peer pressure and criticism which may limit them from reaching their goals and desires as ‘free thinkers and doers’.   Nathan believes that in order to reach those goals one must make a stand, and indulge in total self awareness in order to come to know oneself intimately and be able to enjoy the triumph over the attainment of ‘actualization of being’.  It takes strong self belief in what one might actually be capable of and achieve in life.  Self confidence and self introspection brings confidence to break free from the oppressive shackles imposed on one’s cultural background, and  Nathan aims to instill in those who are already aspiring after self achievement to the highest levels possible, by the examples of his own achievements, against all the odds.

Throughout his own life Nathen, has come to a deeper understanding of the diversity of his fellowmen, and their own respective individual plights, trials and tribulations which they may have to face in their personal lives.  So as seen from an Author’s perspective,  he has also become a spokesman and ‘brother’ in a sense for those, who have their own stories to tell about living under an oppressive regime but are not in a position to write about it for fear of resprisal from their government, and so this is what Nathan Mazri’s new book is all about, titled,  “ARABIOLOSIS” The WORST 12 years of hardships has brought the BEST of me in the Kingdom . a “MUST READ” by all forward thinking young men and women who have come from similar background in particular, as well as those from other International destination who want to reach their heights in achievements and success.   The book is available from  Available from Amazon.com om eBook, paper back, and hard cover in beautifully illustrated, innovative and colorful  presentations.  This book presents an amazing story about a young man’s journey, who dreamed his dreams, never let go, or gave up hoping, and finally achieved the heights of his professions as a freelance innovator, one of the World’s Youngest Actualizer & Superbrands Jury | Speaker | Producer.

The Author hopes that this book will serve as an eye opener about what it is really like to being denied the freedom of worship and to be able to freely practice one’s own self-belief system, without having to suffer the recriminations from oppressive governing religious leaders, who are able to exercise total power over the masses, and where in particular, gender related issues of the individual’s sexual orientation is not acceptable in a land where homosexuality is forbidden.

“ARABIOLOSIS” The WORST 12 years of hardships has brought the BEST of me in the Kingdom, is a heartrending journey written and narrated by Nathen Mazri on behalf of one such friend, who also faced a similar fate that rendered him a future without hope.  It is also about the young man’s personal trials and tribulations which he, and so many others of his peers had to face growing up in Saudi Arabia, where he lives.  For all the obvious reasons staying hidden seems imperative for fear of reprisals or recrimination by the religious oppressors, whose powers still reign and remain in full force today in that land.

Despite the fact that the Author decided to chose self publishing this work, as time was of the essence, sothat the publication would meet in time with the launching of Nathen’s new show, which, had we gone the traditional publishing way with a publishing house, may not have met with the time factors indicated.  However, the Agency does believe in Nathen Mazri’s concept, and we would wholeheartedly like to support him all the way with the promotions. 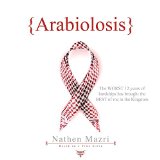 “We can devoutly express, now having gone on this journey unfolding within the pages, that  “ARABIOLOSIS”, is proving the most shocking of revelations, so revealingly expressed in this heartrending untold story – that is, until now…

One can only imagine, and come to a true understanding of how it must have felt for the young man featured here, and what this story is really about, until one has experienced all of what lies ahead in the middle of the desert.  The misconception, the stigma, the stereotype, and the pact with Allah!  Now turned into a Hollywood feature film script.

As in  the author’s own words: “Destiny, is a word, which we think has already defined and shaped our future, and we always think that we have it all figured out for us. But how is our path drawn? Do our actions and thoughts shape it? Do our religious beliefs lead it? Does the universal external energy know what my fate is? Do I really know what I want in, and out of my life?”

EMPOWERING MEMOIR THAT WILL CHANGE YOUR PERCEPTION OF LIFE

My name is Adam Burak and moved from Canada to the kingdom of the Arab world for 12 years of my adolescent life.  Where hardships stood in queue ravaging me physically and internally, leaving nothing but strings of hope and dreams hanging out. As a young ambitious man, I thought I had my future all planned out for me, instead, I never knew I was destined for the unexpected, the unthinkable, and the uncalled for; I guess I was simply a citizen of life tested by fate at every step of the way on how badly I desired then, and how much I desire the best out of my life, now !

ALL I WANTED IS TO LIVE AND BE A MASTER OVER MY OWN DESTINY!

“I have become like a prisoner but for injustice, like a soldier fighting for my life, and like a survivor thriving out of this underground world.”

“Thank You KSA for the man I am today! #TYKSA” – Adam Burak