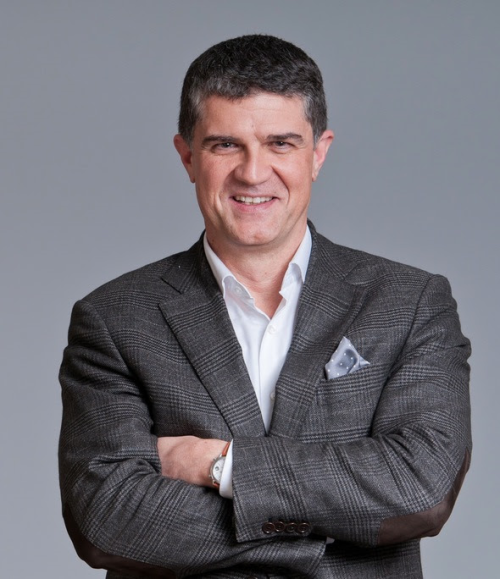 We would like to introduce our client and Author, Paolo de Ruggiero, and place him among the ranks of our many other wonderful client authors.

Paolo de Ruggiero’s love for the fascinating persona of Mark Antony, one of Ancient Rome’s most outstanding and notorious soldiers whose character ever graced the literary pages of our historical archives, is evident in his delivery of this work.

Paolo de Ruggiero was born in Rome to a family of historians, philosophers, and other academics, among which count the famous Renzo De Felice and Guido de Ruggiero. He has grown up amidst intellectual circles and has been passionate about Roman history all his life. He received a BS in Economics from the University of Rome in 1983 and an MBA from Purdue University in 1990. In the course of his 20 year career as business executive with blue chip multi-national corporations, he has lived in several European countries, China, and the United States of America. Married with two children, he now lives in the suburbs of Paris with his family and three large dogs. He is a wine collector, and an Opera lover and takes active part in recitals, time permitting, when not away on business to international destinations.

Click here for a PDF
of our full backlist

Get your very own pre-order of the book here:

Mark Antony was embroiled in the tumultuous events of the mid-1st century BC, which saw the violent transformation from the Roman Republic to the Roman Empire. After being defeated by Augustus he has often been characterized by hostile historians as a loyal henchman of his uncle Julius Caesar but without the guile and vision to attain greatness in his own right (hence Shakespeare casts him as a ‘plain, blunt man’ whom Caesar’s assassins don’t think it worthwhile to kill). In his infamous alliance and love affair with Cleopatra of Egypt he is also often seen as duped and manipulated by a sharper mind.

Despite this there is no doubt Antony was a capable soldier. He first saw action leading a cavalry unit in Judaea, before giving valuable service to Julius Caesar in Gaul.  He again served with distinction and led Caesar’s right wing at the climactic battle of Pharsalus, and he was decisive in the defeat of the conspirators at Philippi which ended 100 years of Civil wars. But Paolo de Ruggiero re-assesses this pivotal figure, analyzes the arguments of his many detractors, and concludes that he was much more than a simple soldier, revealing a more complex and significant man, and a decisive change agent with a precise political vision for the Roman world.

Paolo de Ruggiero, is planning more exciting ancient historical projects and is currently working on Lucius Annaeus Seneca, one of the most complex, intriguing, and contradictory figures of antiquity. At the climax of his career, he was Emperor Nero’s chief advisor and de facto Prime Minister, after having served as his tutor and mentor for many years, and had become the richest and most influential man in the western hemisphere.  He is considered Rome’s greatest philosopher and moralist, the man who best interpreted the Roman approach to Stoicism, which, in turn, shaped the golden age of the Empire, under the virtuous Antonines.

We are looking forward to this work which we will see in print somewhere in 2014.

We will keep Paolo’s page updated as more news comes to hand.

What exactly do Handel, Schubert and Mark Anthony have in common?

The answer is, of course, the multi-talented Paolo de Ruggiero, who, in partnership with Room to Read,  is inviting you to join us for a brief presentation of Mark Antony – A Plain Blunt Man, Paolo’s highly acclaimed, recently published work on the fascinating persona of Mark Antony, one of Ancient Rome’s most outstanding and notorious soldiers. This will be followed by a recital of some of the best known Händel’s Opera arias and Schubert’s lieder. The Author will entertain questions with whatever voice is left over a glass of champagne afterwards …

There is no entry fee but places are LIMITED and you need to book yours now by clicking  HERE.

Even if you have already confirmed with Paolo, please register by following this link.

Room to Read is an award-winning NGO which envisions a world in which all children can pursue a quality education, reach their full potential and contribute to their community and the world.

To achieve this goal, we focus on two areas where we believe we can have the greatest impact: literacy and gender equality in education. We work in collaboration with communities and local governments across Asia and Africa to develop literacy skills and a habit of reading among primary school children, and support girls to complete secondary school with the life skills they’ll need to succeed in school and beyond.

FIND OUT MORE ABOUT US HERE! 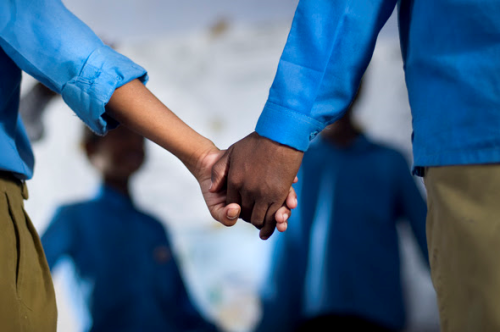 Paolo is a long-standing supporter of Room to Read here in Paris and has generously pledged to donate all royalties from his book to Room to Read.

*Donations to Room to Read can be made on the night. All donations are greatly appreciated*.
Like us on Facebook: Room to Read Paris Chapter.

For more information about Room to Read, check out the website www.roomtoread.org or email paris@roomtoread.org